When it comes to security cameras, should you get a 1080p 2MP one and be satisfied with that? Or should you upgrade to 4K 8MP or 2K 2MP like you would when watching movies or TV shows nowadays, with their ever-rising resolution needs and whatnot? Indeed, what (or which) Security Camera Resolution should you have? You’ve come to the right article. Keep on reading in order to find out what sort of security camera resolution you need to, for example, read license plates from 20 meters away or identify the face of an intruder from 3 meters away.

As a rule of thumb, the wider the view the more pixels you need in order to fill in that wide space with detail. The narrower the view, the more you can get away with a basic 1080p or 2MP security cam.

You may also like: Home Security Camera: Everything You Need to Know to Make a Smart Decision

What Is Security Camera Resolution?

Resolution as far as security cameras are concerned refers to the total number of pixels that make up an image. Older compressed 72 PPI web images look terribly pixilated or are about the size of a stamp when viewed in modern PCs because of how fewer pixels they use. The higher resolution images and videos of today make use of uncompressed high-definition imagery with millions of pixels to approach the images possible with high-quality film stock.

However, among that 2MP, 3MP, 4MP, 5MP, and 8MP IP security cameras, you have to understand that no camera is made equal. You still need to read customer reviews or check out these cams for yourself to ensure that you’re getting not only the ideal resolution but clear pictures so that when you zoom in you get to see more details instead of a blurry bloated image. 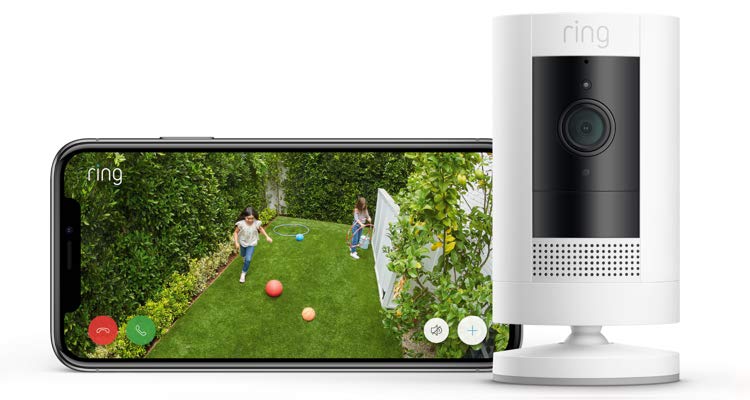 Even if 5MP is bigger than 4MP, it still somehow only covers screens that are square rather than rectangular and widescreen. Regardless, as a rule of thumb, outstanding image quality usually comes from having a bigger megapixel count but the more megapixels involved the more expensive the device.

Obviously, if you can only afford 1080p or want to have more coverage around the house with 1080p cameras then you should go 2MP. However, if you can afford 4K, you’ll get extra advantages like extended image clarity to about 20 meters or more as well as no pixilation when capturing nighttime images.

You want more clarity from your captured video but the caveat is that you can capture shorter videos since the image quality will eat up more memory, battery power, and cloud storage when push comes to shove. Naturally, a 1920p or 5MP can give you more quality, but its aspect ratio has more pixels vertically and horizontally.

The edges don’t serve as a blockage or blind spot in 16:9 widescreen. A 1920p IP security camera produces more pixels than 1440p but its aspect ratio has you dealing with a standard definition era type of video at 4:3. You might as well go for the 16:9 widescreen HDTV offerings of 4MP or 8MP if you’re concerned about where to view the video.

Some cameras even feature HDR to boot to capture more color gradients to avoid ugly color gradation. This way, even if a suspicious car is parked at a certain distance, you should be able to make out the details of its appearance as well as its license plate. Ditto when capturing the face of a person of interest in a close-up. 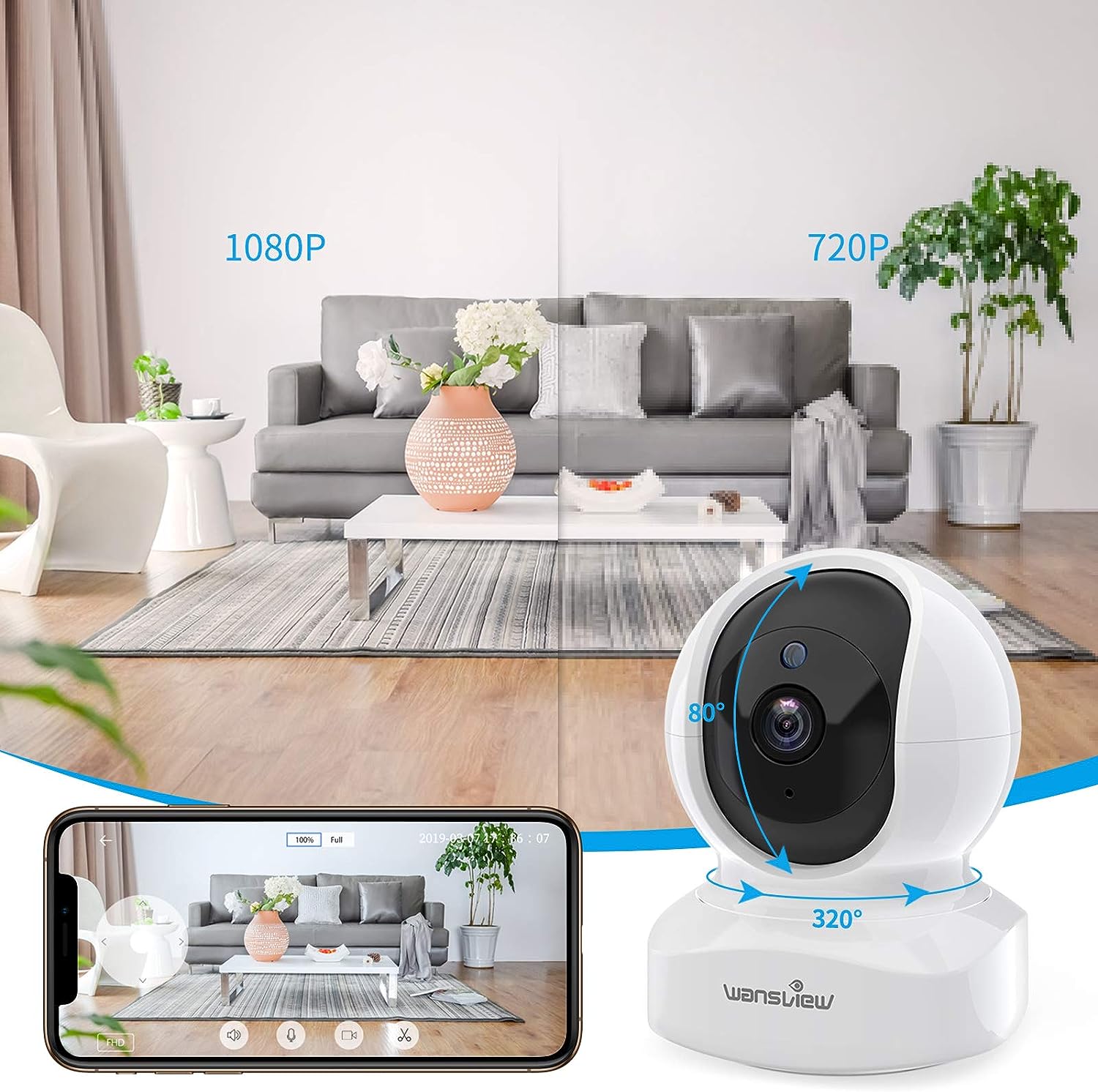 An 8MP cam can do 2160p, 1920p, 1440p, and 1080p for livestream as well. Long story short, you have more resolution options the higher your camera’s megapixel count is. You typically have to lower livestream resolution depending on your Internet connection reliability and bandwidth being used, by the way.

Thankfully, as 4K emerged, cloud technology and Internet upload times have improved drastically, allowing for huge HD files to be saved in the cloud at affordable prices. It’s now viable to have 4K or 8K video uploaded as security cam footage to help law enforcement better do their job at apprehending burglars and whatnot.

However, it’s more practical to go the 16:9 widescreen route for the simple reason that it’s the wave of the future. Smartphones and tablets all have screens suited for the HDTV standard for HD-level content, with computers like PCs and laptops following suit. You can still see 4:3 video on widescreen devices, but with black boxes on either side to compensate for the extra real estate.

Unlike when getting an Ultra HD 4K HDTV or Blu-Ray Disc Player, you won’t necessarily break the bank in getting a 4MP to 8MP home security camera because manufacturers are trying to get their foot into the door of HD surveillance. Take advantage of the low prices while you still have the chance, particularly the $100 range HD security cams.

Why is this important? It’s because to not have everything running and streaming at full Ultra HD all the way on all channels defeats the purpose of getting footage at 4K in the first place. Many consumers don’t see the fine print or understand the specs for these NVRs and their cloud storage promises. Sometimes, even the frame rate is affected, so you won’t be able to view your 4K at 60FPS or higher.

You might even be tempted to just get 1080p cameras and call it a day since they’re cheaper and more readily available. Most cloud storage NVR services also cater to the default Full HD resolution and very few would bother pulling the wool over your eyes and, for example, store your 1080p footage at 720p or at lower frame rates.

However, sometimes it really pays to have 8-12 million pixels per image. For example, if you have a camera at the front of your hard and you wish to be able to see 20 meters away at a really wide angle with all the details intact without them being blurry when you zoom into the video then the extra pixels really do pay. A balanced solution is your best bet.

In order to make the most out of your investment, it’s important to remember that it’s not just about megapixels and resolution. You also need excellent night vision to properly make use of all those millions of pixels without ending up with artifacting, poor contrast, aliasing problems, a muddy picture, and so forth. There’s also smart home integration, waterproofing, wide-angle views, microphone for two-way talk, or instant motion detection alerts to look out for.

A quality security camera should have high resolution or at least Full HD 1080p as the bare minimum. The olden tape-based 480i/576i security cameras of yore were too unclear and had too much static compared to the clearer digital videos of today.

Sure, these videos also suffer from aliasing, artifacting, and pixilation, but every recording type had its drawbacks. Hopefully, with the help of this article, you now have a better idea of the differences between megapixels and resolution as well as why higher resolutions and pixels serve as a good rule of thumb when getting the clearest, most detailed digital imagery from your security cam footage. From there, read reviews to ensure the high-resolution image from the video captures details instead of just being large yet still blurry.