The Ring Doorbell by Ring Inc. (an Amazon subsidiary) is one of the foremost brands when it comes to doorbell security cameras. This cottage industry in home security makes perfect sense in a way—why not combine your doorbell informing you when someone is at your front door with your video camera to see if that someone is a person you’re expecting or not? That camera also doubles as your security camera when you’re away, live-streaming the people at your front porch whether it’s the postman or a package thief!

The device can do so many things, so it can be quite dismaying when it’s unable to charge! By the way, there are multiple ways to power up your Ring Doorbell, ranging from hardwiring it to your doorbell transformer to plugging it in a nearby electrical socket as well as charging its battery. The problem lies with Ring Doorbells that won’t charge or work.

Ring doorbell not charging: How to Fix!

For most people, the nightmare scenario of having a Ring Doorbell that doesn’t charge is a minor problem as long as it can resolve itself sooner or later. The issue only becomes a serious one when your battery is unable to charge at all, necessitating you to hardwire the device to your doorbell transformer or power grid. This initially manifests as your battery draining easier than normal. However, a Ring Doorbell battery that isn’t able to charge at all after being plugged in for so long is truly a cause of concern.

Regardless, here are the different troubleshooting methods you can use in order to get your battery working once more. If all else fails, then you can always contact Ring.com and its Ring Community Support for help in repairing it and details on whether or not you should have it replaced altogether if it’s a defective battery or unit.

See more: Ring Doorbell No Power: How to Fix! – Tips and Tricks

Some houses require you to simply mount the doorbell somewhere without any power source. Such circumstances necessitate you to charge your doorbell cam’s battery every 6 months to a year for 5-10 hours every charge. This is because these outdoor Ring Doorbells that aren’t hardwired are made to last for 6-12 months depending on usage, but they can drain their battery for up to 3 months or less every charge if they’re heavily used. A non-charging hardwired Ring Video Doorbell isn’t optimal since it can end up recording poor quality audio and video to boot.

If the Device Health is “Good” yet you’re still encountering charging problems, call the customer support of Ring Inc. You can get a new device as a replacement if it’s determined that you’ve gotten a faulty Ring Doorbell. If it says that there’s the low voltage on your Ring Doorbell, then you should keep on reading this troubleshooting guide to fix it. Also, remember that the Ring requires 16 volts A/C to work so if the power that the transformer is getting is less than that then naturally the device won’t function optimally. 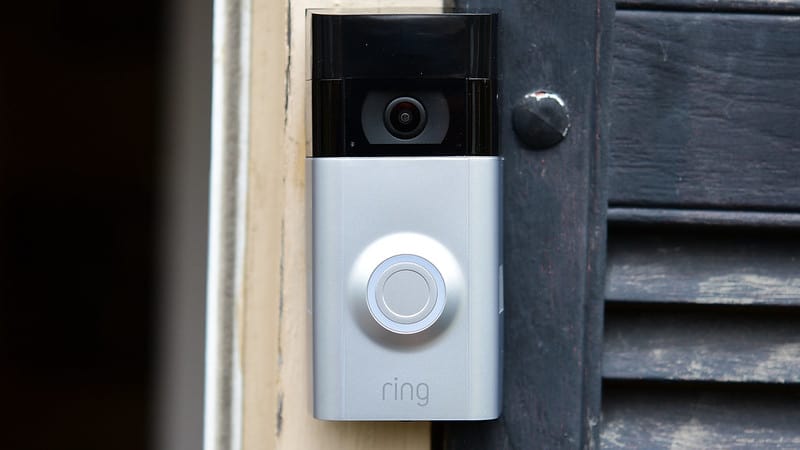 Open the cover of the Ring Doorbell and loosen up both screws on the “Trans” and “Front” parts. Afterwards, remove the old power kit wires using your screwdriver. At this point, open the Pro Power Kit V2 by taking off its protective seals. You’ll see two holes. Insert the wires from your Ring Doorbell to the bypass holes offered. This will lock into the wires. Put back the Ring Doorbell cover and then turn on the power. Go to the Ring app, select your doorbell, and select “None” as your device type. This ensures that your doorbell cam is bypassed, which in turn should fix your charging or power issues. 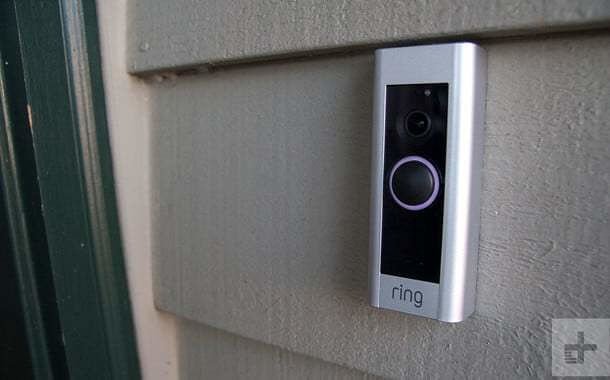 Just plug the cable on your laptop or on a special USB electrical plug and charge the battery in the included charging pod for 5-10 hours. It should last from 6-12 months or 180 days or less if heavily used. To gain access to the battery, you need to loosen the security screw on the doorbell base, lift the faceplate, remove the battery by pressing the release tab, put on the pod for charging, and reinstall everything in reverse order of removal. Before returning the faceplate to the unit with the security screw, wait 30 seconds for the doorbell cam to startup.

See more: How to Replace The Ring Doorbell Battery

A number of factors in your home environment can lead to the battery of your unit draining too fast, ranging from local wildlife or your own pets triggering the motion detection of your device more than usual to weather patterns like strong winds or rustling bushes. Anything that needlessly turns on your camera when there aren’t any intruders or unwanted guests afoot can lead to battery drainage that makes it seem like your recently charged battery isn’t charging at all.

To Sum It Up

To sum it all up, there are some quick fixes available to make sure that your battery starts charging again. However, if it refuses to charge then it’s time to call Ring Community Support about it because you obviously ended up with a defective item that requires replacement. The battery should not have issues charging and if it does, it should be replaced or refunded immediately. You might be requested to return the battery only or the whole unit depending on the source of the malady. Once you use trial and error to weed out the true reason for the battery issues then you can go about making the right repair decision.