Find out below how a motion detection camera can enhance the function of your home security system.

You may also like: Home Security Camera: Everything You Need to Know to Make a Smart Decision

What is a Motion Detection Camera?

Motion detection cameras are equipped with built-in sensors that monitor the view field of view for any movement. When any suspicious activity is detected, It will start to record footage.

How does a Motion Detection Camera Work?

Your security camera can be equipped with different types of motion detectors. Most, however, rely on motion detection technologies to detect anyone that intrudes into your property. Motion detectors pick-up tiny changes in things such as vibration, temperature, or radiation within their field of view.

There are many ways you can use the motion sensors of your motion detection camera.

Your motion detection security camera will be recording footage 24/7, and you will have to keep a constant eye on your computer or phone for any unusual intrusion. Isn’t this that too impractical?

Motion detection, on the other hand, can also have a frustrating or confusing feature. Too many alerts can be annoying. Meanwhile, too few alerts can make you wonder if your security camera is working.

Inside your camera is an image sensor. You will need to set the sensitivity of the image sensor for it to know when to trigger an alert. A high level of sensitivity will easily pick up more changes to set off the alarm or alerts.

The level of change depends on the percentage or level of sensitivity settings you set on motion detection. If you are monitoring a door, for instance, setting the sensitivity level of your security camera at 50% means an alert will sound off when something large enters your property, such as a person, but will ignore something smaller such as a dog.

In simple terms, this is how a motion detection security camera works- an intruder to your property steps within the field of view of your security camera. The alarm of your camera will be triggered. The sound of the alarm will scare the intruder and let him flee. Most of the time, the would-be-intruder is either identified or caught by local authorities.

To maximize the use of the camera, install it in strategic corners of your property including:

It is also important not to install it in areas exposed to direct sunlight or near supply vents of your HVAC. The sudden changes in temperature can cause motion sensors to malfunction.

Why do you Need a Motion Detection Camera?

Your home and business can benefit from having a motion detection camera in many ways:

The specific reasons your homes and businesses need motion detection cameras may include:

It can protect your home in various ways ranging from keeping it safe from intrusions of unauthorized people or animals to keeping your small children away from restricted areas in your home.

How will you benefit from having a motion detection camera in your home?

You will have peace of mind each time you leave your home because you know that you can check on it anytime. Most security cameras come with apps so you have access to whatever is happening in your home from anywhere.

What can your camera monitor?

When you connect the app of the camera to your phone, computer, laptop, or tablet, it will send you alerts and notifications in the very instance the motion sensor of your security camera is triggered by an unusual movement.

The real-time alerts and notifications can likewise benefit you in many ways:

Your home can always be a target of an invasion. The same risk is true whether you live in a tightly guarded neighborhood or in a secluded area. A burglar is always on the lookout for homes they can steal from. Preventing any intrusion is the most important aspect of securing your home.

You can set up your camera in any or all corners of your property. When you set your security camera its motion detector will record and send you an alert or notification when it is triggered by any movement. 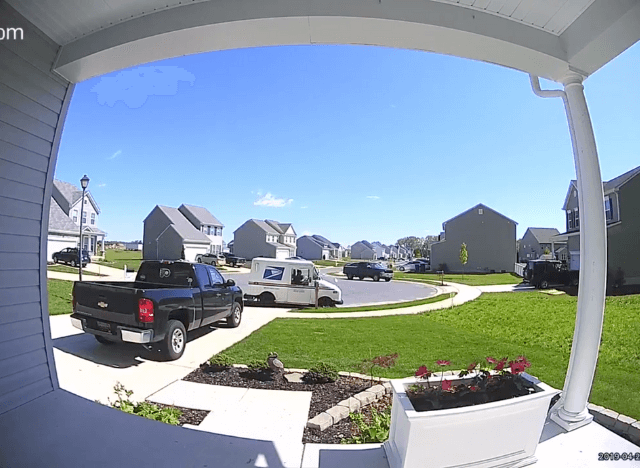 Computer Vision (CV) is a method wherein the software of the security camera dissects the sequential frames of the live videos and registers motion events when it detects a big change.

The computer vision method is to detect motion and determine the shape of the object in motion. Advanced methods can also be used to further classify the moving object as a person, vehicle, tree, or animal. The user needs to highlight the relevant objects such as persons, animals, and vehicles and suppress irrelevant objects such as trees.

Passive Infrared (PIR) sensors can monitor ambient heat released by living things. When a PIR sensor detects enough movement from these warm objects or differences in temperature between the background scene and the object, it will signal the camera to record and send an alert r notification.

Microwave (MV) emits microwave pulses to detect movement. It is mostly used in commercial and industrial spaces because it can cover wider areas and longer ranges than PIR.

Area-reflective sensors are integrated into LEDs. Infrareds are then emitted so the camera can detect motion within the reach of a lighted area.

Dual-technology sensors rely on sensors of two motion-detecting technologies to detect motion -microwave and PIR. These sensors are prone to false alarms because both technologies need to be tripped so an alert or alarm to sound.

When motion detectors or sensors detect motion, a corresponding action ensures such as the switching on of lights, the sounding off of an alarm or a notification sent through the security camera’s app.

How to Avoid False Alarms

Problems and glitches are unavoidable even if you have the best security camera. One of the most common issues of motion detection cameras is it being triggered by an unnecessary motion.

Your camera sends you an alert or notification. You panic because this means that an intruder is inside your property. You call the police and later find out that it was your dog that was detected by your security camera.

There are certain “objects” and situations that can activate the motion detectors of your security camera and give off a false alarm.

False alarms can frighten any homeowner and can be one of the biggest problems of having a motion detection camera. False alarms can cause unnecessary warnings to the surveillance company or the police. More importantly, when continuous false alarms happen, you may get used to it and may risk ignoring a true alert or notification.

It is, therefore, important to do something about the false alarms released by your security camera.

Do not fall victim to false alarms from your security camera.

How to Install your Motion Detection Camera

Motion detectors usually have a range of about 50 to 80 feet. You therefore would want to install your motion detection camera in strategic areas in your home or have several security cameras installed around your home.

There is no object within the range of your security camera but there may be light and it may trigger your camera to detect a “motion.”

Motion detectors sense shadows and patterns of light to determine movement. It is, therefore, logical that changing light patterns could set off the detector of your security camera and see it as a movement.

This brings an important point – make sure to find the best place to install your security camera to avoid it from detecting something that is not considered as motion. Choosing the right installation location can avoid false alarms that can make you nervous thinking that someone is moving around your property.

Make sure to install it at least 10 feet away from radiators, windows, air conditioning, and heating vents. Any abrupt changes in temperature or airflow from your HVAC may trigger the sensors of your security camera and send false alarms.

A security camera has today become an important investment for your home and business. It is a small price to pay to ensure your family, property, or business is protected from intruders.

A motion detection camera only records footage when its sensor is able to detect any unusual movement. Once motion is detected an alert or notification is sent to you through the app of the security camera or an email.

If you are thinking of investing in it but still have some unanswered questions, please feel free to leave a message in the comments section.