Resolution is the second biggest factor affecting a customer’s buying decision when shopping for security cameras, the first one being price. If you’re asking yourself, “So how many megapixels do I need for security camera purposes?” then you’re stumbled upon the correct article. It’s the most common question that clients ask manufacturers of security cameras. If it was as simple as getting a 1080p Full HD cam then that’s one thing. However, there are now quite a number of resolutions and megapixels (MP) to choose from.

Do you need a 4K resolution security camera? Is it worth the extra money or bigger files stored in your cloud solution? Or the huge amount of bandwidth it eats up when you do camera live streams on your phone, tablet, PC, or smart TV?

Now that we’re on the cusp of the 10th to 15th year anniversary of the HD entertainment era, it’s only fitting that security cameras have become fully digital themselves, with several even incorporating cloud technology so that you can retrieve your footage on the Internet using any device with an Internet connection.

You can even go up to 12MP at reasonable prices as well. But do you really need a 4K 8MP to 12MP resolution security cam? Perhaps not. Maybe 8K for high detail at a decent amount of distance, like 20 meters away, is viable. Don’t go overboard though.

You have to pay for extra storage space for your cloud storage plan or risk only having two weeks’ of footage available to you at a time as opposed to a months’ worth of footage in light of how blown-up the video size in gigabytes and bandwidth are.

The recording should have a decent frame rate and the way you can view the video should be able to handle its playback, like through a decently powerful laptop, tablet, smartphone, or smart HDTV. The hard drive space for your PC or cloud storage would probably require 6 times the size of a 2MP camera.

DVR, on the other hand, processes the data at the recorder level without networking involved. NVR plans can get quite costly, thus necessitating a Full HD rather than Quad HD or Ultra HD solution to your home or business security in accordance with your budget. 2MP is the most highly popular security camera type currently because the “default” HD resolution is 1080p.

Many consumers don’t read the fine print or NVR specifications. They also don’t understand the specs, leading to them getting lower-quality channels that waste the 4K potential of their camera. They’re not getting what they’re paying for, in short. Some NVRs even offer lower frame rates than what 4K can support, thus defeating the purpose of getting a 4K camera with 8-12 megapixels.

Sometimes, the more practical solution is to have Full HD cameras at every corner and every angle for the same collective price you’d pay for one or two 4K cameras. Field of view might be more important than higher resolution in such a scenario. That’s the more practical investment on your part.

It’s also useful when monitoring the entrance of your office or store. An HD camera with 4K resolution and a wide-angle lens is best utilized for outdoor security that really covers a large area. If you’re trying to shoot views at corners or small spots and whatnot, a 2MP to 5MP camera solution with a single fixed lens is more feasible. 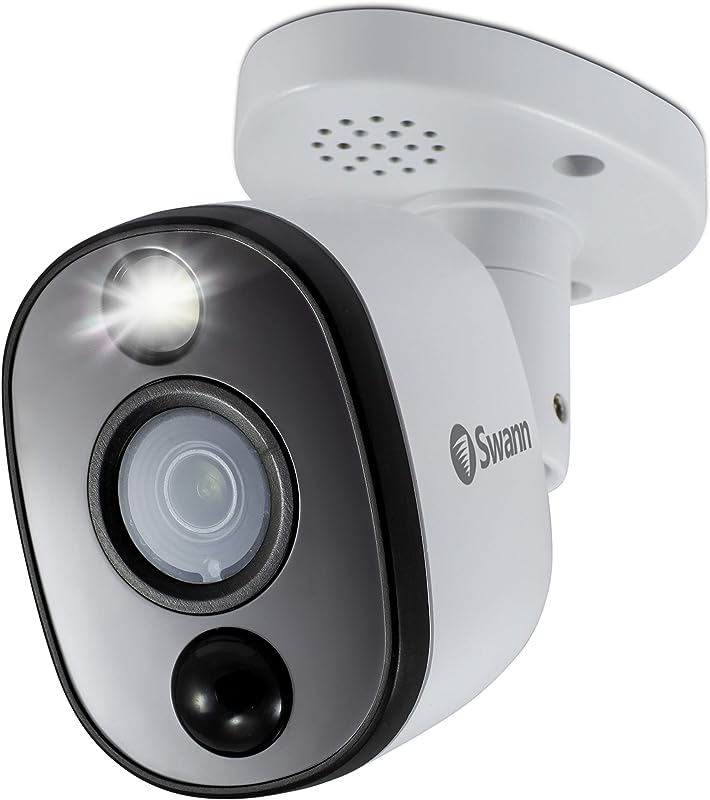 A feasible solution is one where you can get details at certain distances without you having to do a lens zoom. If 1080p is enough for you to make out license plates or facial features within a decent amount of distance, like 10 meters or less, then Full HD is enough for you. If you want to extend your view, consider getting an Ultra HD camera or more Quad HD or Full HD cameras.

Should you purchase a 720p or 960p camera of the 1.3-megapixel variety? At this point, in light of the price drops of higher resolution and high definition cameras, it’s a waste of money to invest in seemingly obsolete and inferior security camera specs. Actually, you should balance out what you feel you need and what you actually need when trying to get the best resolution camera for you.

You should at the bare minimum get a Full HD 1080p camera type, especially in light of how a 2MP camera is so close to a 1.3MP camera in terms of price. Don’t go for less. If you can afford it always go for more or even go for broke to make the most out of your security cam investment. Take a good look at your budget, go for what you can afford, and choose which plan works best not only in terms of the camera’s pricing but the overall package, including cloud storage.